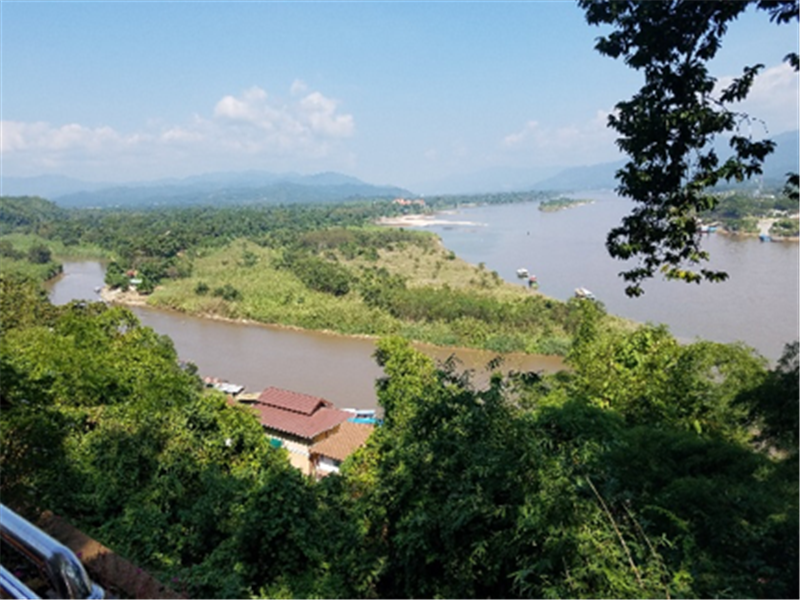 "But how can they call on him to save them unless they believe in him? And how can they believe in him if they have never heard about him? And how can they hear about him unless someone tells them?"
Romans 10:14
"This trip to SE Asia was more than we could have imagined. We started out participating in cross-cultural worship with an outreach team in the area. Throughout the week, we prayer-walked numerous villages, including a minority Bit People village, and we prayed over an elderly woman who had ties with believers in her past. We were given the opportunity to pray with other villagers we met while prayer-walking and to interact with many more people, including a Buddhist monk.
We saw “spirit houses” at the entrance of each village to ward off the advance of bad spirits. We know God loves the people of SE Asia and wants to free them from bondage to these Animistic beliefs.
We drove through beautiful scenery. Meeting with the team of sent ones who witness directly and one-on-one in remote villages was a high point in our trip. We also got to hear stories from and pray over several missionaries, both native and non, that formed deep heart connections, and we got to close out the week by worshiping with a church congregation of local believers.
We experienced grief for the lost in ways we haven’t before, and could see more clearly the “pain in the offering.” The truth of doing everything for the sake of Yahweh’s name took root in our hearts. It was definitely more than we could have imagined."
Bethel supports many global workers and partners that are impacting the world. One way we support them is by sending short term teams to encourage and serve alongside them. It is important for those on the front lines of the battlefield to know that they have people supporting them back home. If you want to know more about our global workers and how you can be more involved in Global Outreach, come to Next Steps: Global Outreach on January 5th during 2nd service.

As followers of Jesus, we are all called to pray. We should be praying for those in our communities as well as those around the world. Some are blessed to be able to help financially send people around the world to share the love of Jesus ...

Here are the prayer requests from our Bethel Missionaries as 2019 comes to a close! Let's be praying for our partners as we celebrate a new year!

This is the biggest mission leadership conference in the Pacific Northwest!

Since 2015, Greece has seen millions of refugees fleeing their worn torn countries to find better lives in Europe. Many are escaping by small boats from Turkey and landing on the Greek Island shores.

Borrowed From our Global Worker

Guy Armstrong is a global worker with a ministry in East Asia. I borrowed his blog to share with you. The original is written in the language of a person who was impacted by his ministry. It has been translated for you.

Bethel sent a prayer team to SE Asia to pray for the villages. The country that they went to lost and broken. Many struggle with drug addiction and have never heard the gospel before. The team wants to share their experience with you.