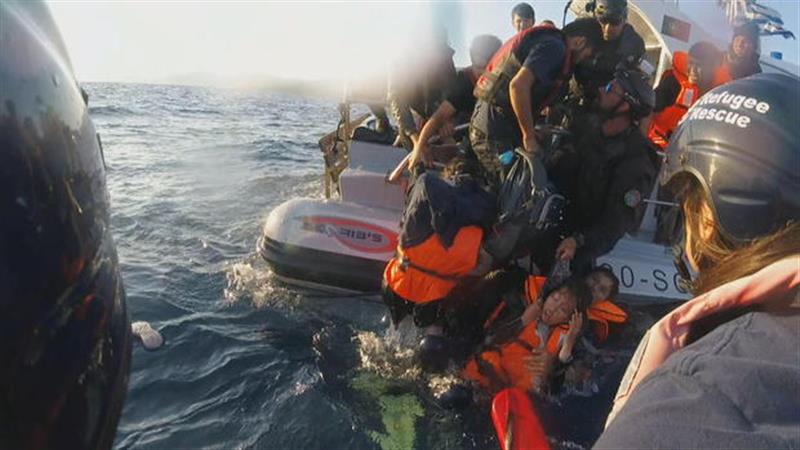 Our partners in Athens, AMG, used this crisis as an opportunity to share the gospel with those entering the country. What started as just a transportation service for the refugees has turned into a blossoming ministry to advance the gospel in Greece.

They would drive from the refugee camps into Athens for medical and immigration appointments. These van rides would start conversation with the refugees who come from predominantly Muslim backgrounds. The drivers were able to share the gospel with them and have seen many of these refugees accept Christ and share their faith in the camps.
They have also noticed a deficit in evangelical Christians in Greece. Only .4 of the population is evangelical. Fotis and George Romeos saw a need to not only reach the refugees but also expand their ministry to the community.
They now run Cosmovision Center and Homespot. The Cosmovision Center serves as a center for youth outreach for Greece's evangelical minority. They host sport events, camps, and a summer VBS. HomeSpot is a refugee ministry that is strategically placed near the camps in Lavrio, Thessaloniki, and Athens.
These centers are a safe space for the refugees where the love of Christ is shared. A refugee they work with was a Muslim who came to faith when he had to flee to Greece.
Now, he is passionate about sharing the Good News with other refugees, and has recently engaged a core group of new believers within the Syrian community in Athens. Already, the group has been able to reach out to more than 800 fellow Syrians living in the capital city, who have been relocated from various refugee camps.
These two ministries are a great way for us to serve globally and work with Fotis and George to advance the ministry of the gospel. Greece has become a funnel for the Middle Eastern countries to Europe. We, as Christians, need to use this opportunity to reach people that we may not have been able to reach before. And with only a .4 percent evangelical Christian population, our partners in Greece could use our help!

As followers of Jesus, we are all called to pray. We should be praying for those in our communities as well as those around the world. Some are blessed to be able to help financially send people around the world to share the love of Jesus ...

Here are the prayer requests from our Bethel Missionaries as 2019 comes to a close! Let's be praying for our partners as we celebrate a new year!

This is the biggest mission leadership conference in the Pacific Northwest!

Since 2015, Greece has seen millions of refugees fleeing their worn torn countries to find better lives in Europe. Many are escaping by small boats from Turkey and landing on the Greek Island shores.

Borrowed From our Global Worker

Guy Armstrong is a global worker with a ministry in East Asia. I borrowed his blog to share with you. The original is written in the language of a person who was impacted by his ministry. It has been translated for you.

Bethel sent a prayer team to SE Asia to pray for the villages. The country that they went to lost and broken. Many struggle with drug addiction and have never heard the gospel before. The team wants to share their experience with you.